What started out as a bit of fun has become a regular feature.
Every Wednesday at 9pm at Crystal Peak during SSI(yes during SSI - so you cant run away and have to listen)
I will share some information about the game. Sometimes old stories, sometimes new but always something that not everyone knows.
After the discussion a trivia question is asked about the topic of the day and up to 10 players can win and sell 1 k elysian tech chips to me at 1,5ped/k.

Guest speakers are welcome. Please message me should anyone wish to have a change to share something.
Starting from this month the discussion will also be posted here for anyone who missed it.

With Entropia having made public they intend to change to Unreal Engine 5 we are faced with some rather massive changes to come.

The closest other experience to compare to would be VU10 when Entropia changed from Gamebryo to Cryengine. So what can we learn from that change?

r/starcitizen - I was wandering aimlessly through Wikipedia and came across...

Entropia was officially launched 30 Jan 2003 on the Gambryo engine which was known as Netimmerse untill 2003. 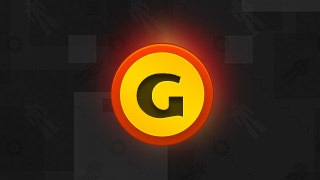 Project Entropia gets a release date

MindArk announces that its online RPG, in development since 1997, will launch early next year.

Gamebryo (/ɡeɪm.briːoʊ/; gaym-BREE-oh; formerly NetImmerse until 2003) is a game engine developed by Gamebase Co., Ltd. and Gamebase USA, that incorporates a set of tools and plugins including run-time libraries, supporting video game developers for numerous cross-platform game titles in a variety of genres, and served as a basis for the Creation Engine. Numerical Design Limited (NDL) was founded in 1983, mostly doing contract work for government and CAD clients in the computer graphics secto...

Under Gamebryo the graphics was very different from what we know now. The next link is an article with some images from Gambryo days

This intriguing online role-playing game will let you pay for in-game items with real-world money. Get all the details in our hands-on report.

Just because many things should not be forgotten: From my window, PE was more beautiful than EU post VU10. Just look at the sky ! I remember roaming the continents because there were many sites who was beautiful, the ability to loose...

In July 2007 MindArk announced they had reached an agreement with Crytek to use Cryengine 2 going forward.

It stands to reason that they knew about the change and was preparing for it well before the actual agreement was reached.

It is clear then that a change of this nature takes years to complete. What may not be clear is that such a change extends further than mere graphics

The previous link lists some of the changes.

Obviously a different engine means different ways things are implemented and changes will affect many things even buildings.

Port Atlantis VU9: A place where new players start out, mentors/disciples meet up and form friendships (as I did with my mentor), a bustling trade...

Since I'm seeing a lot of stuff about RockTropia and the new VU, I was wondering what everyone's opinion on it is. Personally, I like it. New mobs, and an interesting landscape makes for a rather special experience at first. However, I don't like...

Here is the new view from my balcony after VU. Pretty good, didnt really change too much, just 'newer'. My shop is on the main floor and located alot closer to the Trade Center then before VU, and approx same distance from TP as it was pre VU. Enjoy...

If you follow these links what you will see is divided opinions with most having something they hated about the changes.

UE5 change will not be quick and the game will look and feel different as a result.

It is clear that Entropia needs the upgrade to be able to keep up in the world of gaming and to have a chance of drawing in new players.

With the player base mostly older players who are no longer fond of change are you ready for the change?