Uncuttable Trees that do not disappear or cause decay 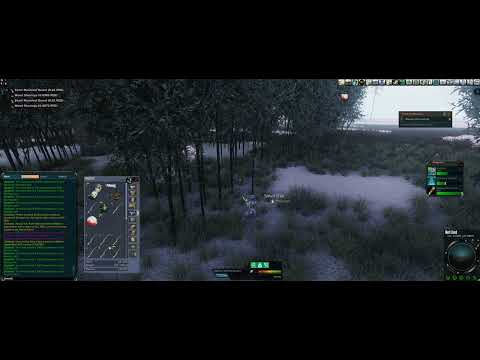 These tree’s don’t cause decay and cannot be cut down and are very annoying as they remain targetable.

I find it a bit difficult to see on the video what is happening.
It looks like maybe you are not cloes enough at first but then later you are and then it harvests?
Was there any bug as in decay taken but nothing gained?
Please clarify.

At the start of a video I am cutting a glitch tree, as you see I am using my tool, but there is no loot. I swap tools, same deal, no loot, no decay for tool use. Then I go to a different tree and it works. Then I run around and show that there are lots of broken trees like this.

Normally it is not possible to start a ‘repeated use of tool’ without a tree to cut. I am targeting a cuttable tree node but that node does not allow harvesting and does not disappear, clogging the forest with false nodes.

After more testing I realise it is just a distance issue, so the glitch isn’t that the trees are uncuttable,
the glitch is that in this area (carnival island), it will not force you to run to the tree and will attempt to cut it from too far, which happens nowhere else in the entire game. So the issue is your trees are targetable for cutting and enable the cutting action in an area outside the actual cuttable area of the tree.

Here is a visual explanation of the glitch. 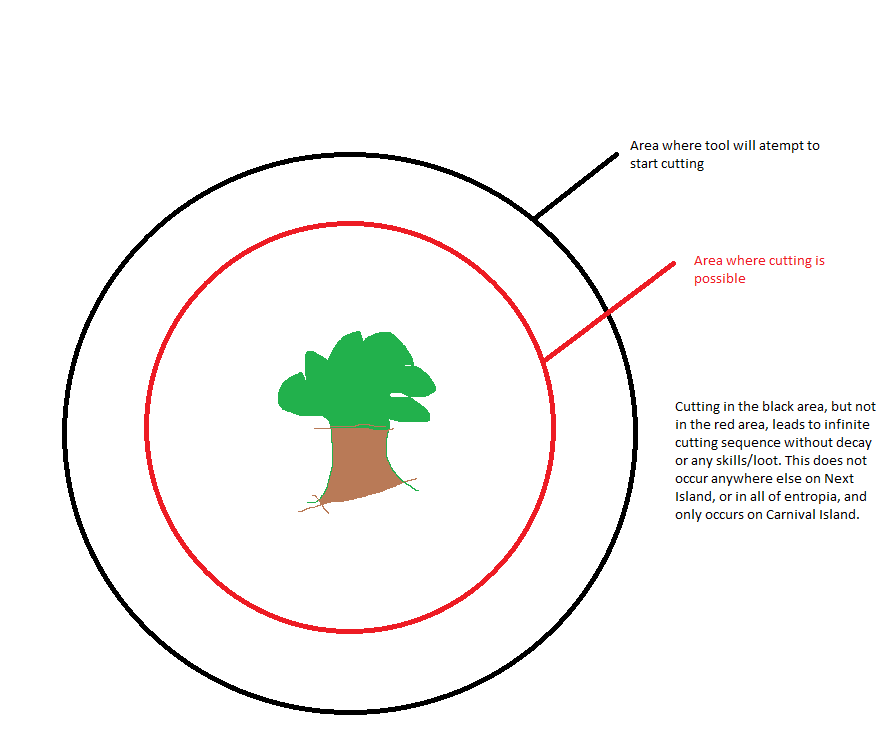 Also please note that it is only some tree’s that do this on the carnival island area, and not all of them. So I believe it is 1 tree type that is causing the issue.

Yeah I was thinking distance as well. It might be different reasons for this.
Might be the bamboo, might be that it’s a rather dense area with harvestable trees.
There’s not anything we can change since this is a universal thing.
But if it is for instance mostly happening with bamboos and it’s happening a lot,
then we could technically change those for other trees.
That is possibly a big edit to make though, so I would like to see how it works for others and for a longer time. But the tree models can be changed.